Dragon Marketing was born as a solution to an existing company in 2014. 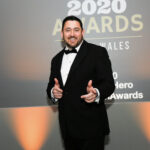 Kevin at the Business Growth Awards 2020

Kevin was one of the first customers of the company in 2009, he already had two businesses and was  going from strength to strength. Kevin joined the business in 2011 and with it bought a drive to grow. The business tripled in size and by 2014 he bought out his partner.

This has not been the easiest journey for Kevin in 2008 and 2010 he had 2 daughters (his driving force), in 2010 he got divorced which has changed his focus, becoming a single dad does that.

In 2016 we started the Business Growth Awards and Expos brand with the aim to be different to anything out there and still Dragon Marketing waiting in the wings.

In the summer of 2017, while on holiday,  we were on a conference call with the franchise owner and 200 other franchisees, it wasn’t great, when the leader loses hope disaster strikes. The franchise went from 200 to 20 franchisees by the end of September, this was a business we believed in and had learned a lot from.

By the time I had got back from holiday on the 7th August 2017 we had come up with a plan and by 9am our new brand Spotlight Wales had been born, a logo, plan and web domains all sorted but still Dragon Marketing slept and waited.

Even though the company was now Dragon Marketing Group Wales we were so busy with Spotlight Wales and the Business Growth Brand that we didn’t have a clear plan and focus for Dragon Marketing.

Early 2020 pre covid Wales was hit by flooding in many of the valleys areas just as businesses recovered Covid hit. The Business Growth Awards 2020 one of the last big business event held before lockdown took a hit and all of the Expos for 2020 were cancelled. Spotlight Wales Networking events were all cancelled and the directory also took a hit due too many small businesses closing through lockdown. We took the opportunity to undertake some training. So we completed a Facebook Ads course and became Mailchimp certified and became a Mailchimp Partner, both have already paid for themselves.

Dragon Marketing has woken from its sleep and is now the social media and email marketing arm of the business. Business Growth South Wales is focused on the Awards and Expos and Spotlight Wales runs Networking and online Business Directory.

By continuing to use the site, you agree to the use of cookies. more information